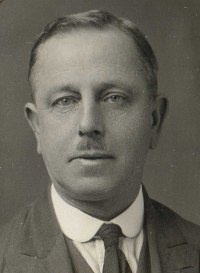 John was born in Deptford, Kent on 25 August 1855 the son of John Thomson and Emma Goodwin.

On 25 March 1877 in Camberwell, Surrey he married Ellen Lucretia Nodder, the daughter of William Nodder a shipwright and Grace Stephens. She was born in 1853 at Torpoint, Cornwall. At the time of his wedding John was a commercial clerk. By 1881 he was a travelling salesman living at 53 Lethbridge Road, Lewisham with his wife and son. Also in the house was his mother-in-law Grace Nodder. By 1891 he was a draper living at 70 Greenwich Road, Greenwich. His business is listed at this address in the Post Office directories, until 1914 when his son, Charles, and son-in-law, Joseph Pitarc, took over and it became Thomson & Pitarc but John still retained the lease. From 1911 John is also listed as a linen draper at the adjoining property of 72 Greenwich Road. In 1901 census he is living at 114 Lewisham Road, Greenwich. From 1904 to 1914 his residential address was 132 Greenwich Road. According to the 1911 census this house had 10 rooms. On the night of the census also living there were his wife, son William, son and daughter-in-law Edward and Maisie, niece Norah Curno born Wexford, Ireland and a domestic servant, Beatrice Barber aged 22.

Ellen died in 1912 and John died on 16 November 1914 at 132 Greenwich Road. According to his obituary in The Kentish Mercury he was a prominent member of St. Mark's Presbyterian Church, South Street, Greenwich. (He had become a member in 1901.) The congregation at his funeral included the Mayor of Greenwich. He was interned at Shooters Hill cemetery. By tradition women did not attend Thomson funerals.

His brothers Walter and Adolph witnessed his will and his sons Charles and John were his executers. He left his leasehold properties to three of his sons. The house at 132 Greenwich Road to Charles, shop and dwelling house at 70 Greenwich Road to John, and shop and dwelling house but not the actual business at 72 Greenwich Road to William. William was given the option of buying the business and he ran it until the 1960's. John's eldest son, Charles and son-in-law Joseph J Pitarc all ready had a drapery business at 70 Greenwich Road. His other son, Edward, who had become an entertainer rather than entering the family business, was left £500 and Edward's daughter was left £25. His blind nephew Garnet Thomson was also left £25. On his wife's side, his great-niece Norah Curno was left £25 and so was his niece Annie Irwin, a widow with two children. 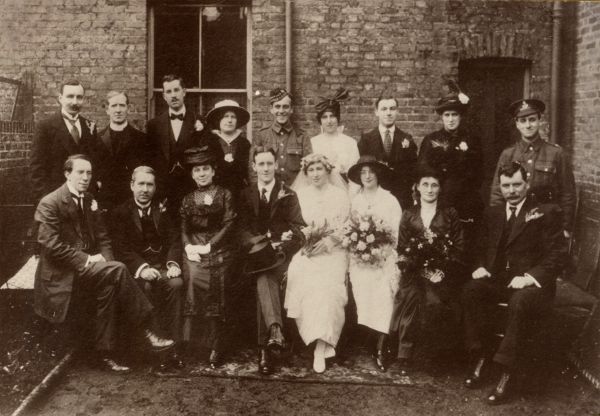 Known children of John and Ellen:-