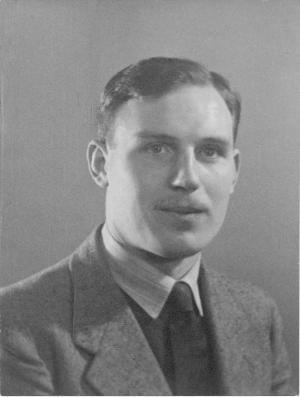 My father Robert William Smith was born on 25 January 1917 at 24 Arden Street, Edinburgh. The fourth child and only son of Andrew Brash Smith and Frances Duncan Hendry.

He grew up in Edinburgh and attended Heriots School where he was a keen sportsman, playing full back in the first XV at rugby. After finishing school he began working for the Commercial Union Insurance Company. At the outbreak of war he joined the RAF and was stationed in the far East where he was captured by the Japanese and spent 3.5 years as a POW in Changi jail.

After the war he resumed working for the Commercial Union and remained with them for the rest of his working life. He was first posted to South Africa and then on to Bombay, India where he spent 3.5 years.

Robert was a keen golfer and he used to play a round every Saturday and Sunday morning at Sundridge Park Golf Club. For many years he played off a single figure handicap. He was always competitive and one year he was the runner up for the captain's prize and the following year the winner.

He also enjoyed growing vegetables and he was very proud of his tomatoes and runner beans.

After he retired he moved to Midhurst, Sussex, and enjoyed the surrounding countryside, especially bird watching. He died at the age of 86 on 4 February 2003.