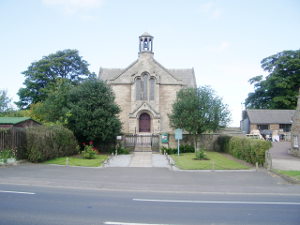 The Smith and Hendry families lived for most of the nineteenth century in the parish of Gladsmuir, East Lothian. This was a coal and ironstone mining area and the Smiths were miners. The Hendrys came a bit higher up the social scale. Andrew Hendry was a skilled wheelwright and later a joiner as were many of his sons.

The Smiths moved around the parish depending on where they were working and were often to be found living in the Old Iron Works. Towards the end of the nineteenth century the children from both families moved further afield in search of work and many ended up in the nearby city of Edinburgh. Today, apart from the modern town of Macmerry and the expanding coastal area of Longniddry, Gladsmuir is a rural parish. The hamlet of Gladsmuir consists of a surprisingly large church, a small repair garage and a very few scattered houses. At Penston where there use to be a coal mine there are a few single storey stone built houses some of which were unoccupied in 2010.


The area is very beautiful as can been seen from the photograph taken from the churchyard looking towards the Firth of Forth with the hills on the horizon. My grandfather's sister, Eliza Gray Bone, must have loved the place as in the 1920's she named her new house in Craiglockhart Avenue, Edinburgh, 'Gladsmuir'.